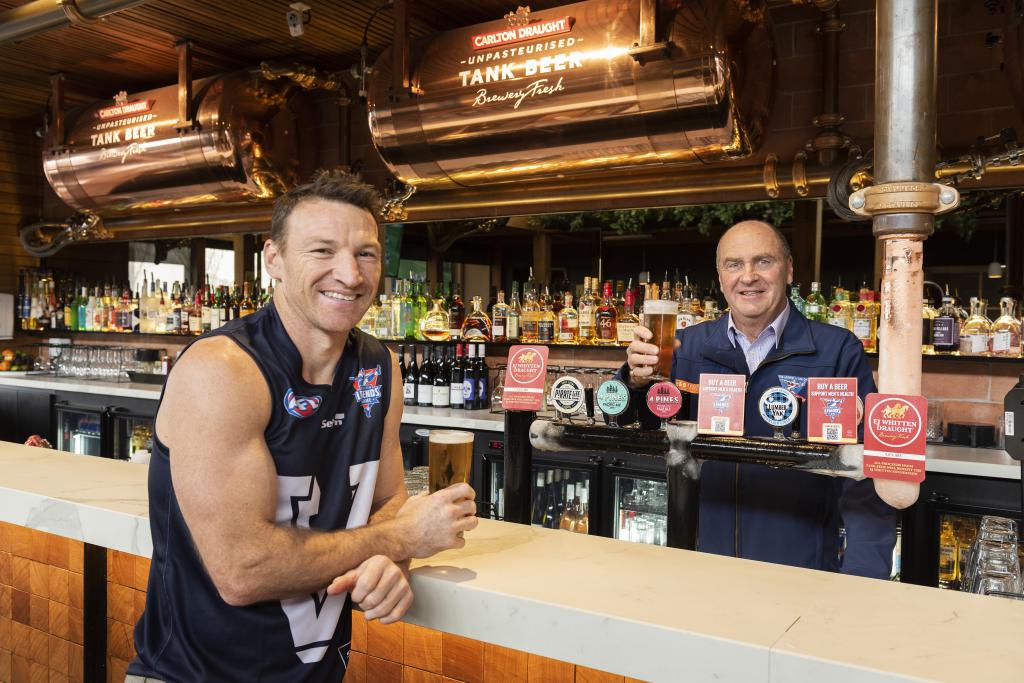 Carlton & United Breweries, pubs and beer lovers will combine to help raise more than $25,000 for the EJ Whitten Foundation this week.

For one night, Draught taps at these venues will be rebadged ‘EJ Whitten Draught’ and proceeds from sales will be donated to the Foundation, which raises awareness of men’s health issues.

A full list of participating venues can be found at www.carltondraught.com.au The fundraiser will be held tonight (29 August).

“We want to bring people together this Thursday night to raise funds and awareness for the important issues the Foundation tackles such as prostate cancer and men’s health more broadly.

“EJ was a Victorian legend. Carlton & United Breweries is honoured to partner with the Foundation and help support this really important cause and EJ’s incredible legacy.

“We’d encourage beer lovers to get down to their nearest supporting venue this week and raise a glass for a great man and a great cause.”

The EJ Whitten Foundation was established in 1995 in honour of the late, great Ted Whitten Senior who died of prostate cancer – a disease that kills 63 Australian men a week, but has a survival rate of 99%, if detected and treated early.

EJ Whitten Foundation Founder, Ted Whitten Jr said that the Foundation has passionately raised over $13.5 million for men’s health, prostate cancer awareness and research. The continued focus is to spread awareness of men’s health matters and fund projects that save men from dying too young.

“Our hope is for Victorians to get together with their mates over an ‘EJ Whitten Draught’ at a participating venue this Thursday to raise funds for men’s health matters.

“We encourage all men to take charge of their health and book an annual health check with their GP.”