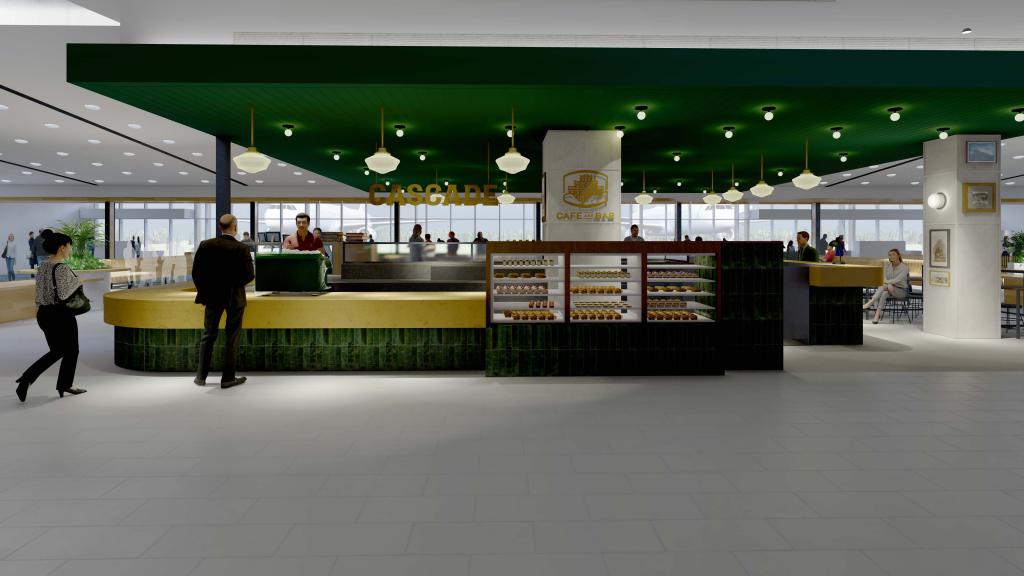 A piece of Australia’s oldest brewery is coming to Hobart Airport, with the opening of the new Cascade Café & Bar in the departure lounge.

Those leaving the Apple Isle can now say a final goodbye to the iconic South Hobart brewery and enjoy one last pint before take-off.

Created by Cascade in partnership with leading airport food and beverage operator SSP and in collaboration with Hobart designers, Jaws Architects, the new bar shares the same elements as the Cascade Brewery Bar in the foothills of South Hobart: aged brass, hand-painted green ceiling and Tasmanian timber throughout.

“Cascade is synonymous with Tasmania. We’ve been brewing beer since 1832 and we’re just as passionate about our beer today. It makes sense that the last thing travellers experience in Tassie is a little piece of our famous brewery.” said Cascade’s Joss Jenner-Leuthart.

“Cascade is known for our heritage brews, local food and warm Hobart hospitality, and that’s exactly what people will get at our new airport outpost – right down to our signature dimple beer glass. It’s the perfect place to drop in, pull up a stool and relax before you fly out.”

For nearly 200 years, Cascade has been perfecting its craft with water from Mount Wellington behind the brewery, with local ingredients still used to brew the famous beers.

“We’ve loved welcoming locals back to our Brewery over the last few months, and we’re getting ready to open our doors again to the mainlanders. We’re really proud to share what we do and showcase the best of Tasmania, and the Airport is a great opportunity to wave a final goodbye to friends new and old,” said Mr Jenner-Leuthart.

Open from early to late, Cascade Café & Bar will be open day and night, serving locally roasted coffee and counter food as well as the full Cascade range of tap beer and Cascade pub classics.

Australian-made merchandise will also be for sale.

The new bar will open in December.