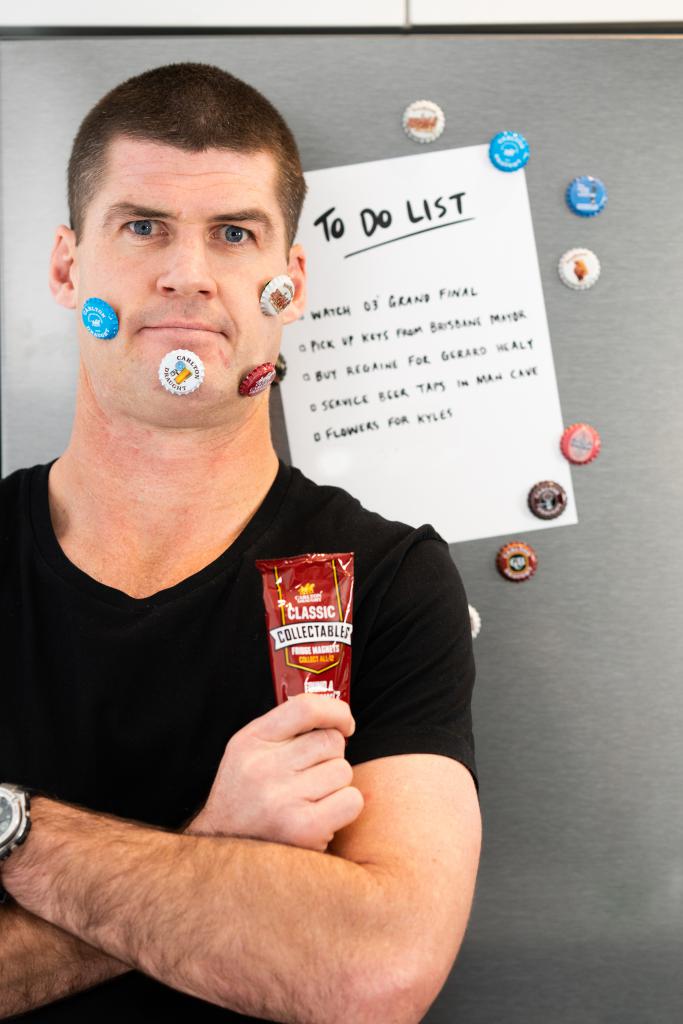 Victoria Bitter and Carlton Draught are giving beer lovers the chance to collect a full set of heritage bottlecap magnets during the NRL and AFL finals series.

The Classic Collectables fridge magnets will be free with cases of Victoria Bitter and Carlton Draught purchased in-store at selected outlets.

Each case comes with two historic magnets, with each full set featuring 12 iconic logos. One-in-four beer lovers will get an instant win magnet with prizes including Grand Final packages and a year of free beer.

The Victoria Bitter Classic Collectables set features logos and imagery dating back to 1854, including one of the logos used on the first beer cans produced in Australia back in 1958.

The Carlton Draught set dates back more than 50 years to 1967. Before that year the beer – then known as Carlton Ale – was available only from logo-less taps despite its enormous popularity and history stretching back to the 1860s.

Victoria Bitter and Carlton Draught are the official beers of the NRL and AFL respectively.

“We’ve been around for more than 150 years and we’ve had some iconic logos along the way. Some are instantly recognisable, others less well-known,” said CUB’s Director of Classic Brands, Chris Maxwell.

“From holding up the footy finals’ shopping list to the bills nobody wants to pay, every fridge deserves a few Classic Collectables.”

The Classic Collectables will also come with cases of Mercury Hard Cider.

The VB magnets will be available in the rugby league strongholds of New South Wales, Queensland and the ACT.

The Classic Collectables are in bottle shops and pubs now.