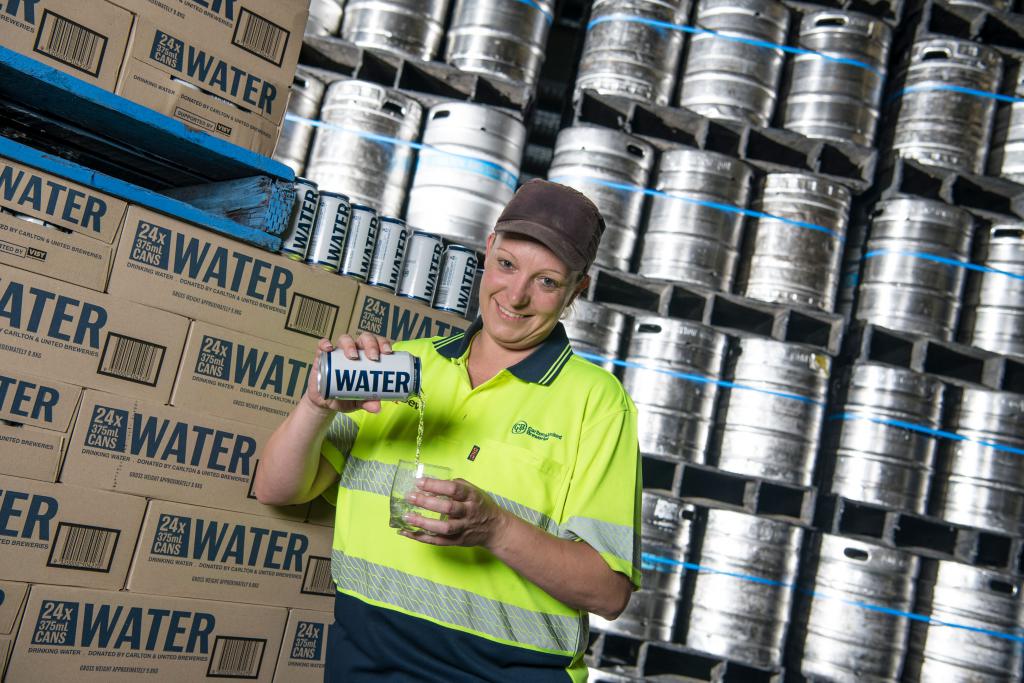 In an Australian first, free canned water will be distributed to Queenslanders whose water supply is cut off during natural disasters.

“This program is being delivered by CUB in partnership with the Palaszczuk Government and not-for-profit organisation GIVIT,” Mr Crawford said.

“In fact, Queenslanders have already benefited from the program as pallets of cans were sent to Gladstone to help those affected by the fires that devastated parts of that region.

“And there are plentiful supplies ready to go out across summer if people lose their water supply due to other natural disasters such as cyclones or storms.

“This will help ensure people in need get clean drinking water, which is vital to the health and safety of our communities, especially after a disaster.

“CUB has committed to this program for the long haul and already plans are in place for the initiative to continue for several years.”

The program relies on the generous donations of can manufacturers Orora and packaging supplier Visy.

The Yatala brewery is the biggest in Australia and a significant contributor to Queensland’s economy, with more than 250 employees.

CUB Queensland regional sales director Mick McKeown said that at least 100,000 cans would be stored at a Heathwood site, near the Yatala Brewery.

“We’ve helped deliver this initiative because we want to support the Queensland community, which has always supported us,” Mr McKeown said.

“Queensland received these cans before anywhere else in Australia because it’s where many of our worst disasters hit.

“It’s also home to our Yatala Brewery, which employs hundreds of Queenslanders.

“Clean drinking water is vital which is why we’re proud to partner with the Queensland Government and not-for-profit GIVIT to ensure it gets to where it’s needed.

“This is a meaningful and logical focus for our disaster relief. Water is a critical part of our brewing processes and we have the canning capabilities and transport networks to make a project like this work.”