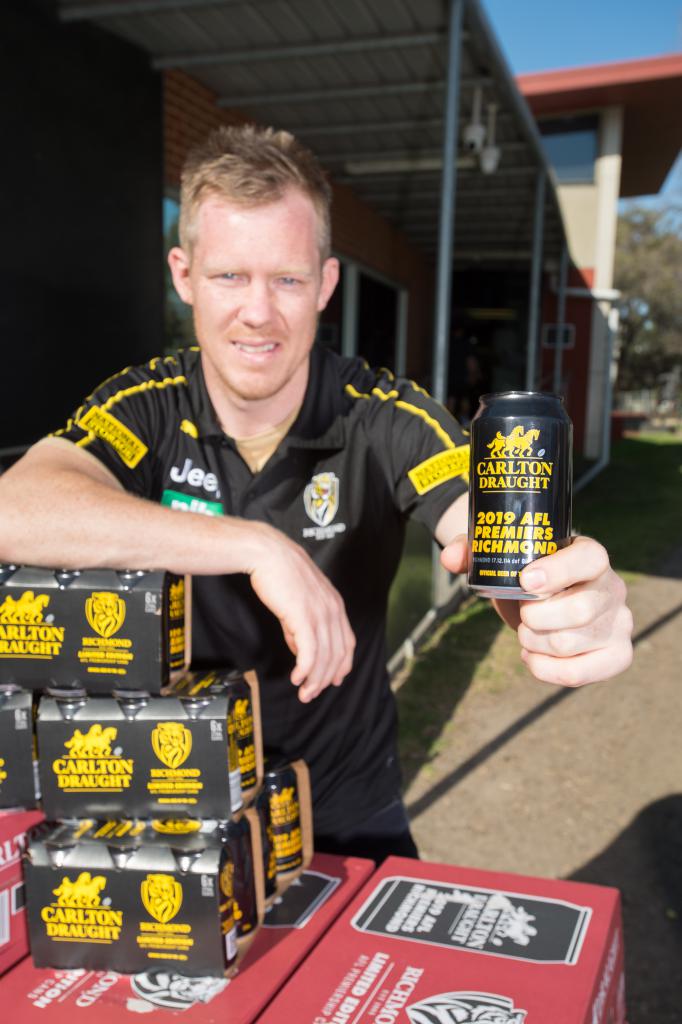 At least 30,000 slabs of yellow and black Carlton Draught will leave the Abbotsford brewery in Tiger heartland today and be available at bottle-shops across Victoria in time for the weekend.

Fresh from his five-goal haul at the MCG on Grand Final Day, Richmond star Jack Riewoldt was at the brewery to watch the first Richmond Draught beers being canned.

“Just when I thought the celebrations couldn’t get any better, we got our very own Richmond Draught,” Riewoldt said.

“Let the celebrations keep flowing by picking up your piece of premiership history!”

Vision is available from Riewoldt’s visit to the brewery, where he saw Richmond Draught cans in production and signed autographs for workers, and today’s media call at Richmond Football Club.

“We’ve been partners with the AFL for a long time and love the passion and energy we get from club supporters,” Uranga said.

“What better way to celebrate with the Tiger Army than with limited release Richmond Draught to commemorate the massive effort that the team’s put in all season long to get there.”

The limited-edition cans feature the final score of the 2019 Grand Final and a QR code, allowing fans to relive some of the greatest moments from the game.

To access the QR code, fans are required to use their mobile phones to scan the barcode.

Richmond Draught cans are available for purchase by adults only.