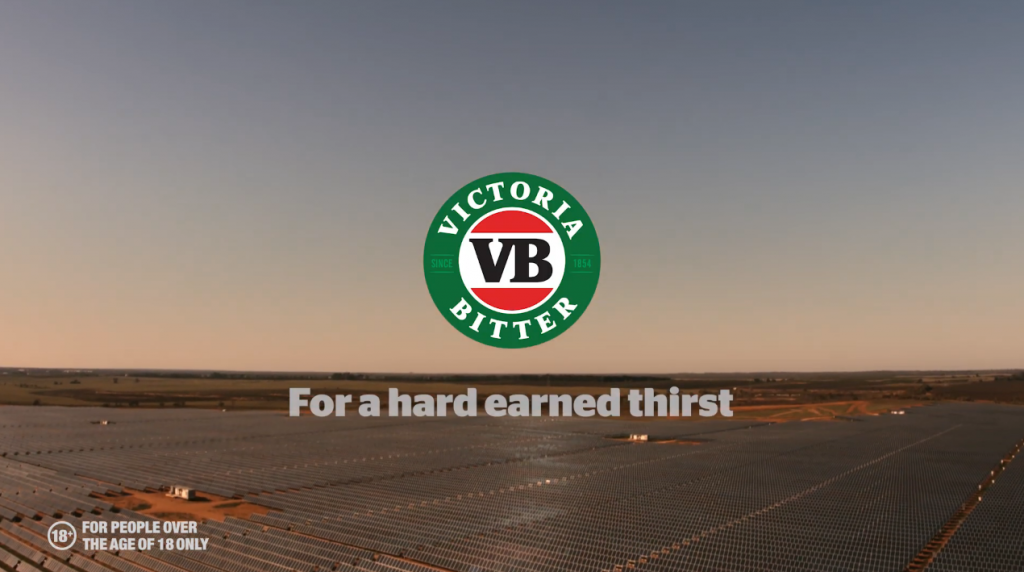 Victoria Bitter is today announcing that it’s putting the Australian sun to work. In 2020, VB will be brewed with 100% offset solar electricity.

The renewable electricity will power the brewing of more than a hundred million litres of Victoria Bitter, satisfying the hard earned thirsts of Australian beer drinkers all over the country.

Solar panels are also being installed atop our breweries at the iconic Abbotsford Brewery in Melbourne and Queensland’s Yatala Brewery. These panels will be installed by next year.

Victoria Bitter Marketing Director, Chris Maxwell, said: “Australia’s most iconic beer will soon be one of the most sustainable too. For over 165 years we’ve been satisfying the hard earned thirsts of hard-working Australians who have had the sun beating down on their backs. Now we’re going to get the sun working for us. As a brand that is manufactured in Australia, we need to do our bit for the environment to ensure we can continue brewing for centuries to come.

“In the last year we have removed all plastic from our can packaging and we are proud that the iconic stubby uses less glass than any other similar sized beer due to its efficient design. This means less energy required to produce, and distribute to all corners of the country.

“We ruffled a few feathers with our statement claiming that Victoria Bitter is changing, but it’s all for the better – we’re not changing anything about the beer itself. The taste, the alcohol content, the ingredients and the way we brew will all remain the same. We’re simply enlisting the Australian sun to help make our VB. So, the next time the sun is making you hot, just remember it’ll also be making you a cold one.”

Victoria Bitter has released a new television commercial to help promote the solar initiative in time for the footy finals. The transition to being brewed with 100% offset solar electricity will be complete in 2020.

The television commercial can be viewed here.

For interview requests with a VB spokesperson please contact: Nick Zonnios, 0421 663 442 or nick.zonnios@clemenger.com.au