Carlton & United Breweries employs more than 1,700 people in our breweries, distribution centres and offices around Australia. Across the supply chain we support thousands of local jobs in manufacturing, transport, retail, hospitality, tourism and agriculture.

We produce the equivalent of over 80 million slabs of beer every year from our sites at Abbotsford (VIC), Brookvale (NSW), Cascade (TAS), Currumbin (QLD), Port Adelaide (SA) and Yatala (QLD). We’re proudly investing in these sites and communities for the long term.

We’re proudly investing in these sites and communities for the long term.

Carlton & United Breweries supports the economy by partnering with a range of Australian businesses, including small businesses. We value these suppliers and understand that payment times are important to them. That’s why in March 2020 we shortened the length of payment term for small suppliers.

From 31 March 2020 we are paying all small business suppliers within 30 days from the end of the month in which we receive a correct invoice from them. We define a small business as having a turnover of up to $10 million per annum. 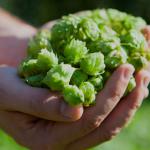 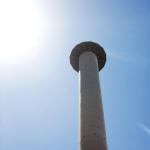 Australians are increasingly moderating their alcohol consumption – it is at 50-year lows and is down more than 25% since its peak in the 1970s according to the Australian Bureau of Statistics.

Meanwhile, demand for beers with less alcohol is surging. No, low and mid alcohol beer now account for more than 25% of our beer sales, up from 10% just a few years ago.

Australians still enjoy a drink but are doing so more responsibly, which is a great thing. More responsible consumption is better for the community and brings better health outcomes.

We’re proud to have helped drive the moderation trend with pioneering beers such as Great Northern Super Crisp and Carlton Zero, the first non-alcoholic beer in our 180-year history.

Carlton & United Breweries was also a founding member and is one of the largest contributors to DrinkWise.

DrinkWise is an industry-funded organisation set up to drive cultural change around alcohol consumption in Australia. You can learn more about DrinkWise here.

In addition, we voluntarily adopted pregnancy warning labels on our products to tackle foetal alcohol spectrum disorder (FASD) and we are signatories to the Alcohol Beverage Advertising Code, enforcing responsible marketing of alcohol.

Carlton & United Breweries has an ambitious sustainability agenda including our commitment to brew all our beer using 100% offset solar electricity, which we’re well on the way to achieving.

To read about how Carlton & United Breweries is helping to create a better Australia click here.